Pinos del Valle is a peaceful, white Andalusian village hardly touched by tourism. It's an ideal base from which to explore the surrounding area of the Lecrin Valley, its neighboring villages and enjoy the views of the stunning Sierra Nevada. Thanks to its altitude of 700 meters above sea level and its location the weather is a perfect mix of sun, heat and a fresh breeze in the afternoon. 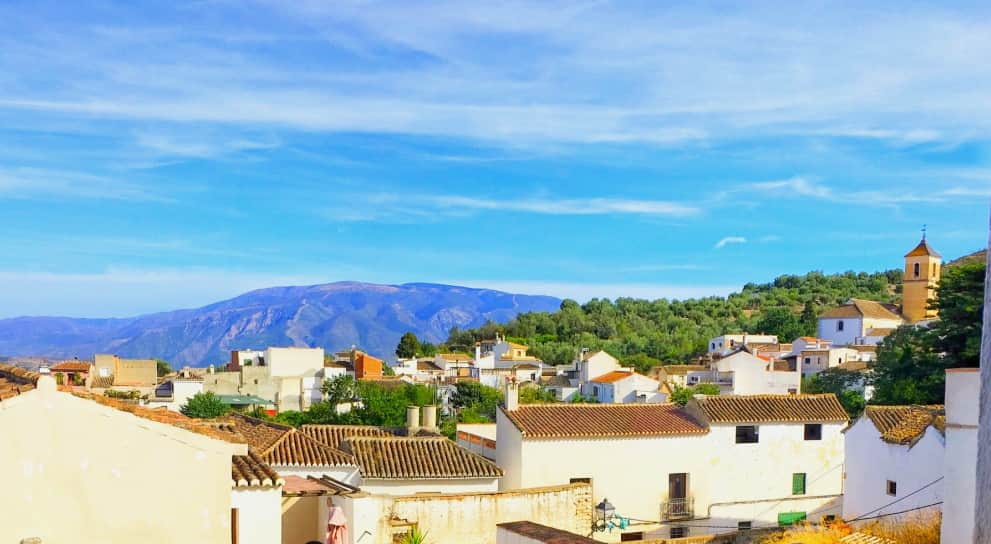 The Church of La Concepción, built between 1560 and 1565, has been declared "Monument of cultural interest" by the Andalusian Government. Destroyed in 1568 by the Mudejar (Muslims of Al-Andalus who remained in Iberia after 1492), this building, which was rebuilt and enlarged later, is an essential testimony to help understand the scope of the cultural and religious policy imposed after the Christian "Reconquista" in Spain. 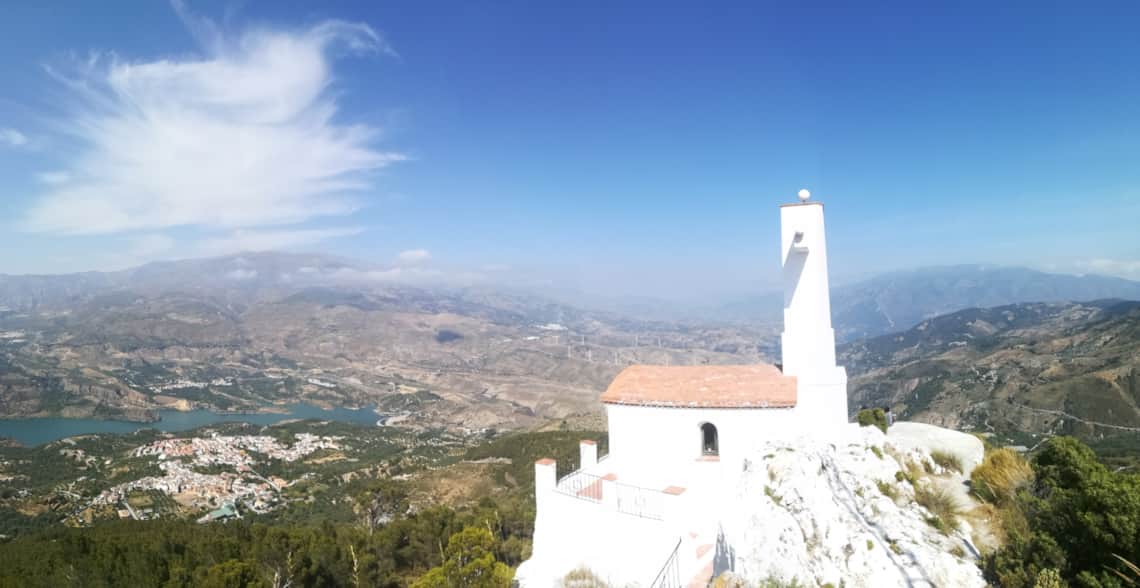 Set up high above the village, the majestic hermitage of Santo Cristo del Zapato is located at the top of Chinchirina hill, which can be seen from our terrace. It is well worth the 40 minute trek up through the pine forest to the "Ermita" as the views from the top are stunning. Don't miss the unusual representation of the crucified Christ: he is shown to be alive, his expression is not full of pain but expresses rather peace and serenity. The crown is not made out of thorns but reminds us more the one of a king. He is dressed in alb and stole, emphasizing that he is the high priest, pontiff between God and men. 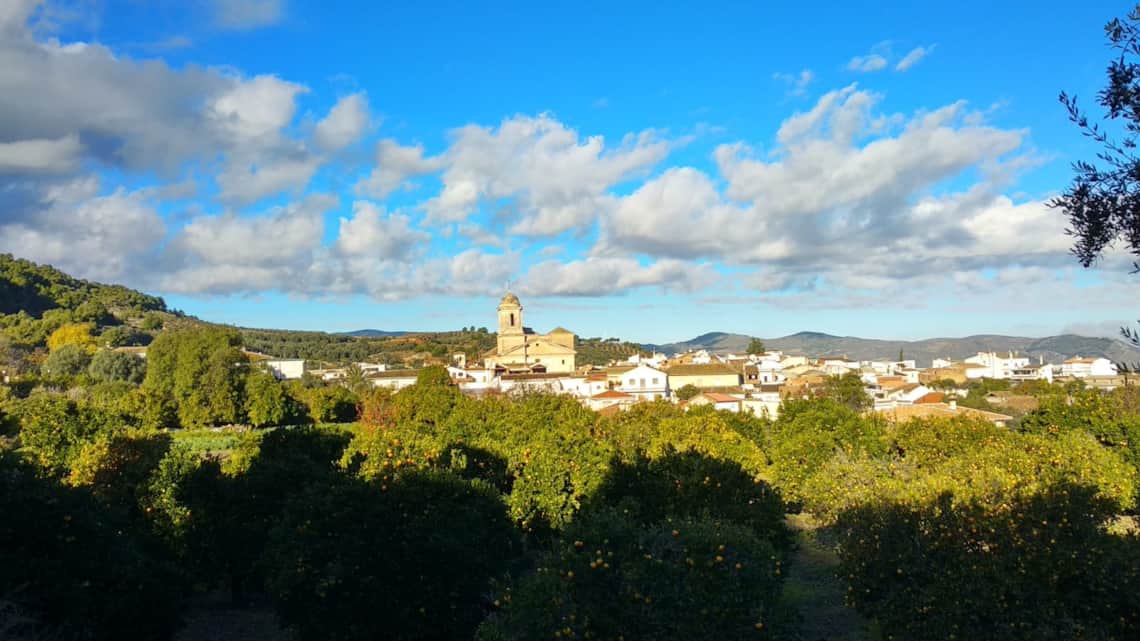 The neoclassical Church of San Sebastián (18th century) was originally built in 1668 as an hermitage to hold mass for the inhabitants of this district and people passing through on the only road from Granada to Motril. 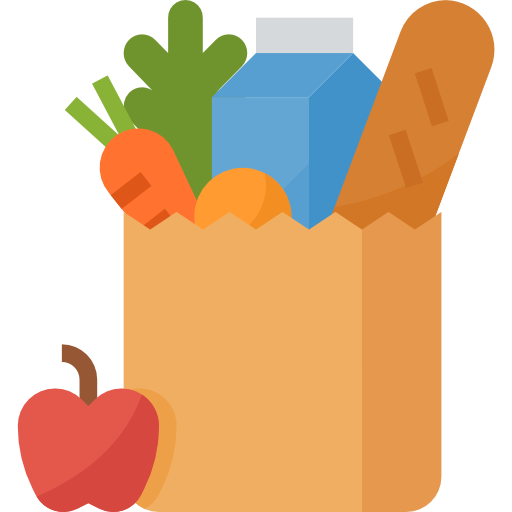 The main grocery store Carniceria David is right next to the church in the upper part of the village. Don't miss their amazing home made ham and chorizo! Their farm is located 5 min away. This butcher is also open on Sunday morning. There is also a small supermarket Coviran next to the children play area and a tobacco shop that sells sweets and snacks. 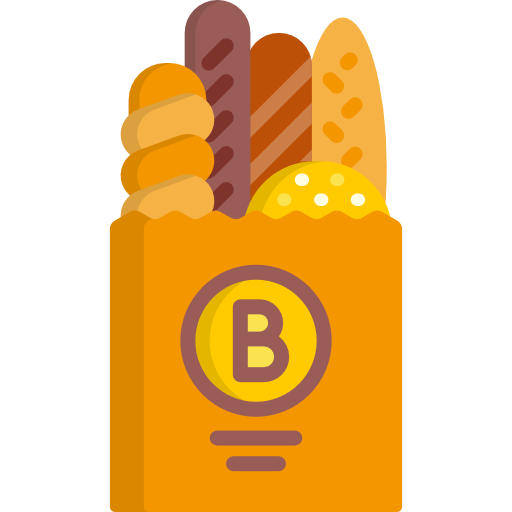 The bakery ("panaderia") Juan de Dios is open every day apart from Sundays.
You might also meet them in the streets of the village selling their bread in the neighborhood from their car (pay attention to the honking). 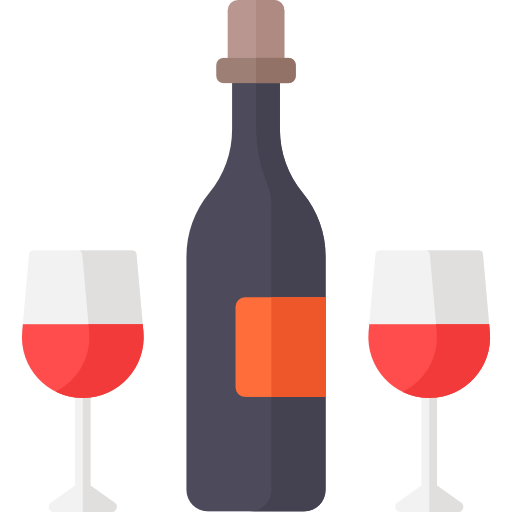 At the Bar Venecia you can enjoy a drink and tapas in the sun. The bar opens from early morning which is ideal for a breakfast on the terrace with beautiful & sunny views over to the Alpujarra. Young and old can play table football. Doors are open everyday except Mondays. 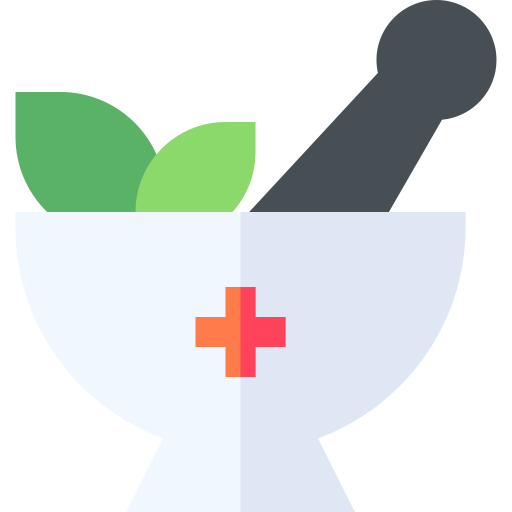 You will find 2 pharmacies in Pinos: Farmacia Fernández Rodríguez is only 100m away and Farmacia Maria Luisa Hidalgo Garrido is in front of the Guardia Civil office in the center of the village. 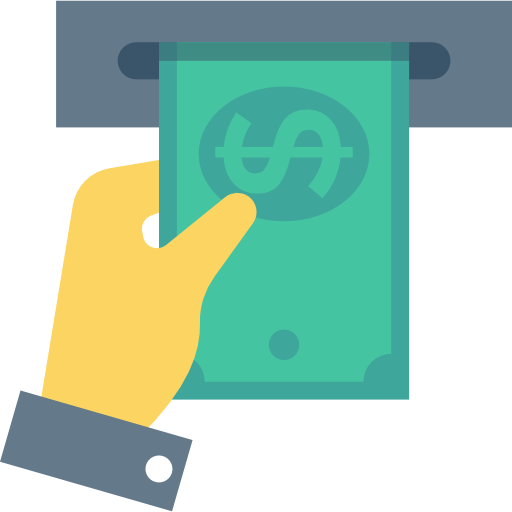 There are many local tracks that you can explore directly from the village. They will take you high up into the hills through the aromatic pine trees and along the endless almond groves.

At the top of the village, there is a brand new public basketball & multisport court which is also used for local celebrations & festivities.

Surrounded by centuries-old olive and almond trees, Pinos del Valle is one of the traditional white villages of the Lecrín valley. Back in the days, the moorish habitants named it the Valley of Happiness for its fresh mountain water and its abundance of orange and lemon trees.

Today, we live this motto to the fullest as you can for example enjoy windsurfing, kayaking and canoeing on the Beznar reservoir, just a stone throw away from Pinos del Valle in the very heart of the Valley of Lecrin. 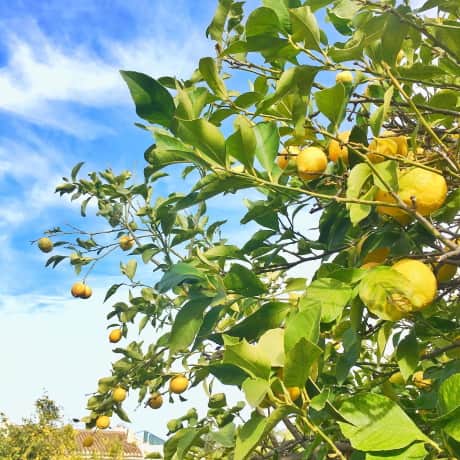 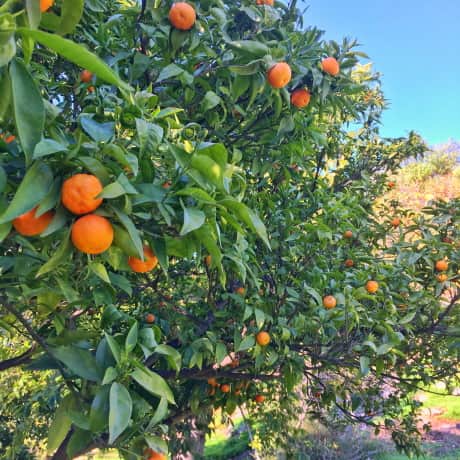 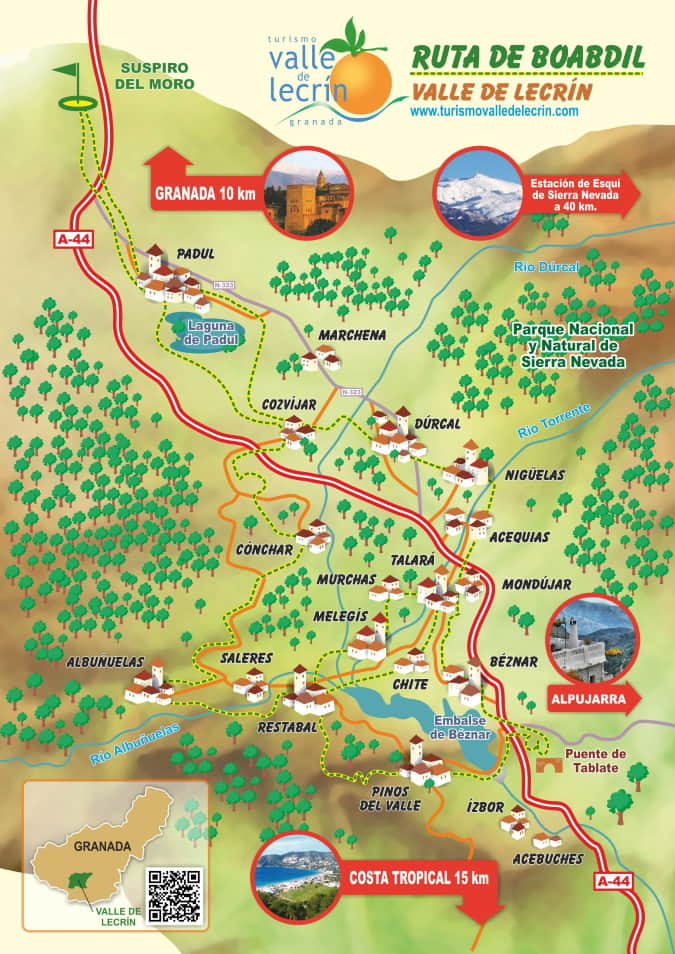 The word Lecrin is derived from Arabic Iqlim, meaning "gateway": this refers to a small area of land situated between the villages of Mondújar and Talará, which controlled the access to the vast coastal areas of sugar  cane production in Moorish times.

The Lecrin Valley consists of 8 municipalities crossed by 3 royal routes built before the Muslim era :

Padul is the entrance door to the Valley: Travel back in time through the Mamut trail!

Dúrcal is the pearl of Valley. Wander along the moorish canals in the Canyon of Rio Durcal.

Nigüelas is the balcony of the Valley. Visit a XVth century olive oil mill and stroll in the romantic garden of Casa Zayas.

El Pinar (Pinos del Valle, Izbor, Acebuches y Tablate): the view point ("mirador") of the Valley. Get a breathtaking view on the whole Valley of Lecrin from the top of Chinchirina mountain! Take your binocular to watch the ships on the sea from the Venta de la Cebada, an architectural ensemble of a XV c. red tower, a XIX c. barley mill and a  1920 travelers inn, magnificent example of the stately architecture of the Granada bourgeoisie.

El Valle (Melegís, Restabal y Saleres): the water and the orange blossom of the Valley. XIII c. Watchtower, La Atalaya was part of the Nazari defense- and communication network from the coast to the city of Granada.

Albuñuelas: the green area ("pulmon") of the Valley. In addition to its prehistoric caves, this village was one of the hearts of islamic resistance to the Catholic Monarchs during the Reconquista. Today you can practice paragliding, caving and canyoning.

Loading...
Upps!
You're running a web browser we don't fully support. Please upgrade it for a better experience.
Our site works best with Google Chrome.
How to upgrade the browser